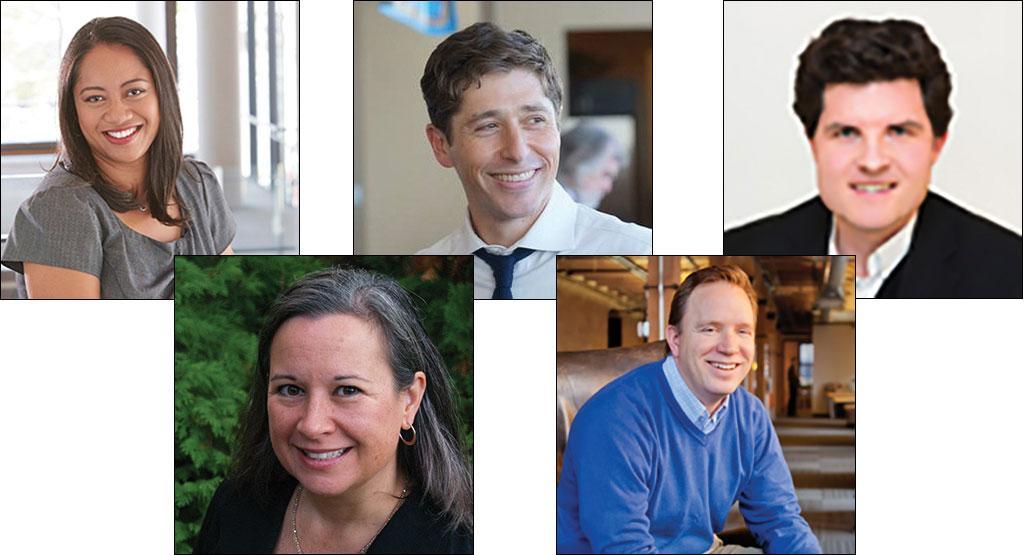 The Minneapolis Downtown Council will host its 2014 Gala featuring the First Annual 2025 Plan Leadership Awards on Thursday, October 30 at Aria. The event opens at 5:30 p.m., with the awards presentation beginning at 7:15 p.m.

The awards will highlight the hard work of five individuals who have volunteered their time and efforts toward advancing the Minneapolis Downtown Council’s Downtown 2025 Plan initiatives throughout the past year:

Each of the award winners showcased leadership and commitment toward the 2025 Plan’s goals and will be honored during an evening that includes networking, dinner and a performance by the Scottie Miller Band.

“The 2025 Plan has ambitious goals, and it takes leaders in our community to step forward and believe in what we’re doing in order to make this a successful venture,” said Steve Cramer, President & CEO of the Minneapolis Downtown Council and Downtown Improvement District. “These five individuals have been incredibly influential in what has been a very successful year for the 2025 Plan, and I’d like to thank them all for their efforts.”

The award winners were selected based on their individual work helping one of the five Downtown 2025 Plan committees with their efforts of creating an extraordinary downtown: Development, Downtown Experience, Ending Street Homelessness, Festival of Ideas and Greening & Public Realm. They will be honored on stage during Thursday’s presentation. The award winners’ photos are available online at the Minneapolis Downtown Council’s Press Room.

Runck serves on the 2025 Plan Development committee and was instrumental in helping launch the new BeInBusinessDowntownMpls.com website this summer. He serves on the Office Development Task Force and has dedicated his time outside of his work as Alatus’ Vice President of Development toward helping advance the 2025 Plan’s goals of retaining and growing business in the downtown area. Be In Business’ goal is to show business leaders why Downtown Minneapolis is a place where companies and employees can grow and flourish thanks to its centralized location, transportation options and entertainment opportunities, which leads to talent recruitment, job retention and growth potential.

“The 2025 Plan crystalizes how Minneapolis can further position its downtown as a winning choice for investors, employers and residents,” Runck said. “My experience is many people love contributing their expertise to this cause and aspire for Downtown Minneapolis to grow into a 24/7 city on par with first-tier American cities. I think we have a real shot at achieving or even exceeding every goal over the next decade.”

One of the Downtown 2025 Plan’s key initiatives is to deliver a consistently excellent pedestrian experience that inspires people to explore downtown block after block, no matter the season or time of day. In order to make that happen, efforts must be made to connect downtown from the Walker Art Center to the Mississippi River. Whitlock was part of a group this year that helped connect these dots. Most notably, Whitlock’s contributions toward successfully launching The PARKLOT next to the Orpheum Theatre on Hennepin Avenue this summer made him stand out as a 2025 Plan leader. The PARKLOT turned a parking lot into an urban pop-up park used for gatherings and meetings.

“This is a very pivotal time for downtown,” Whitlock said. “Residents, visitors and businesses continue to pour back into downtown. The amount of infrastructure getting built and renovated is astounding. I haven’t seen anything like it. It’s important we connect all of these initiatives together in a meaningful way, because we will be stuck with the results for decades to come. I’m just excited to do my best to make sure it happens thoughtfully.”

Dumalag became involved with the 2025 Plan’s Ending Street Homelessness Committee because she was part of the Downtown Council’s Vision 2025 Faith, Education and Human Services Committee in 2010. Helping end street homelessness has become a passion of hers. She is interested in it because she said it is important to advocate for those that have become “invisible.” She serves on the Public Relations and Education Sub-Committee and has helped the group work toward launching a new public awareness campaign. Known for her altruistic personality at NTH, Inc., Dumalag brings that same giving characteristic to the Ending Street Homelessness Committee and goes the extra mile in helping achieve its goals.

“I am honored to be part of this goal to end street homelessness in Downtown Minneapolis,” Dumalag said. “This is the first major city to declare this as a goal, and the fact that this effort is one of 10 goals for Downtown Minneapolis in 2025 really shows how compassionate our business community is.”

Shaffer was instrumental in helping the Festival of Ideas Committee launch the “Minneapolis Idea eXchange” in 2014, an annual event that aims to bring members of the downtown community together and network while brainstorming innovative ideas about how to improve and advance our community. The MiX held its official launch event on October 2 at Minneapolis City Center, which included motivational speakers focusing on helping those in attendance find the right approach toward developing new ideas. Shaffer was in charge of keeping committee information and outreach data current for communication with sponsors and partners. She also oversaw the selection of the launch event planner, reaching out to sponsors on request and providing leadership as vice-chair.

“Minneapolis has great energy that is highlighted by its diversity, culture and focus on the arts,” Shaffer said. “The 2025 Plan is bringing focus and visibility to downtown in a way that will enhance our downtown experiences throughout the year. I believe that MiX will give us an opportunity to showcase our fantastic city in a new way to residents and visitors alike by programming three days of exploration, conversation and idea-sharing each year.”

Minneapolis City Council Member Jacob Frey worked over the past year to help improve the public realm. His constituency oversees areas of downtown like the North Loop and the Mill District, both of which are booming communities seeing a boost in its residential population. Frey has worked on improving or helping facilitate sales of surface parking lots, reshaping Nicollet Mall, creating a successful vision of the greening around the new Vikings stadium and developing ideas for improving the Gateway Park area. His goal is to help facilitate a downtown that is a dynamic, exciting and bustling area that, if done right, will springboard the city into world-class status.

“We have the potential to reinvent how people interact with the city,” Frey said. “Public realm means more than planting some grass and throwing up a couple benches. A successful public place connects people to people, it facilitates way finding, improves livability within a community and aids talent recruitment for businesses. Why would you not want to be part of a group that is so impactful?”

About the Minneapolis Downtown Council:

Founded in 1955, and one of the oldest central business associations in the nation, the Minneapolis Downtown Council (MDC) is a membership-based entity that works to create an extraordinary downtown. The MDC’s collaborative developments of Intersections: The Downtown 2025 Plan was designed to help downtown businesses, community leaders and citizens build on downtown assets and implement future goals. For more information, please visit www.downtownmpls.com.

The Downtown 2025 Plan is a vehicle to help leaders and citizens build on Downtown’s assets and guide its development in ways that reflect the community’s aspirations for a Downtown Minneapolis that is thriving, livable, green, connected and welcoming in the decades ahead. This includes initiatives to double downtown’s residential population, transform Nicollet Mall into a must-see destination, implement a Gateway Park and other green elements throughout the Central Business District, create a compelling and walkable environment around the clock, lead the nation in transportation options, end street homelessness, forge connections with the University of Minnesota and more. The 2025 Plan is a Minneapolis Downtown Council initiative established in 2010.